Question: The mystical artifact worn by the superhero Vixen was given to her ancestors by which trickster god?
Answer: Anansi is a trickster god often portrayed as a spider and is an important cultural icon in West African cultures. In the DC universe, Anansi created a totem granting the wearer all the powers of the animal kingdom and gave it to Vixen’s ancestors to be used in protecting the innocent.

Question: As well as being a mutant, the X-Man Jubilee was also what kind of movie monster?
Answer: In the 2010 X-Men arc, Curse of the Mutants, Jubilee is exposed to a bioengineered virus that transforms her into a vampire. She had previously lost her mutant pyrokinesis power but came to possess both the powers and weaknesses of a vampire.

Question: Gotham PD officer Renee Montoya became which superhero?
Answer: In the DC comic 52, Renee Montoya leaves the Gotham City Police Department and is trained to become the new Question. She takes over the role when the original Question dies. Montoya acted as the Question until the DC universe was reset for the New 52 event.

Question: Kamala Khan, aka Ms. Marvel, is a Muslim teenager living where?
Answer: Kamala Khan lives in Jersey City, New Jersey, with her Desi family, who emigrated from Pakistan. Although she is not the first Muslim comic book character, Ms. Marvel has become a popular character in Marvel comics.

Question: The Amazon general Philippus trained which member of the Justice League?
Answer: Depicted in the comics as an African American woman, Philippus was one of the first Amazons and a loyal general of Wonder Woman’s mother, the Amazon queen Hippolyta. Philippus took an active role in raising Wonder Woman, teaching her to be a warrior of both strength and principle.

Question: The psychic/psionic power-wielding X-Man Danielle Moonstar is from which Native American tribe?
Answer: The Cheyenne are an indigenous tribe of the North American Plains. In the comics, Moonstar was born and raised in Boulder, Colorado, until she joined the X-Men as a teenager.

Question: Alysia Yeoh, considered the first major transgender character in a contemporary mainstream comic book, is the roommate of which superhero?
Answer: Batgirl moved in with Alysia in the 2011 series reboot in Batgirl #1. Alysia came out to Batgirl in a 2013 issue, with the story line receiving critical acclaim.

Question: Storm spent time as queen of which Marvel universe kingdom?
Answer: For a time, Storm was married to T’Challa, the Black Panther, and co-ruled the nation of Wakanda. They have since divorced and Storm has returned to the X-Men.

Question: What was the name of the woman who originally inhabited Psylocke’s current body?
Answer: Psylocke was originally a white British woman until 1990, when her mind was swapped into the body of the Japanese assassin Kwannon. Kwannon’s mind was transferred to Psylocke’s original body, although Kwannon later died after contracting the Legacy virus. 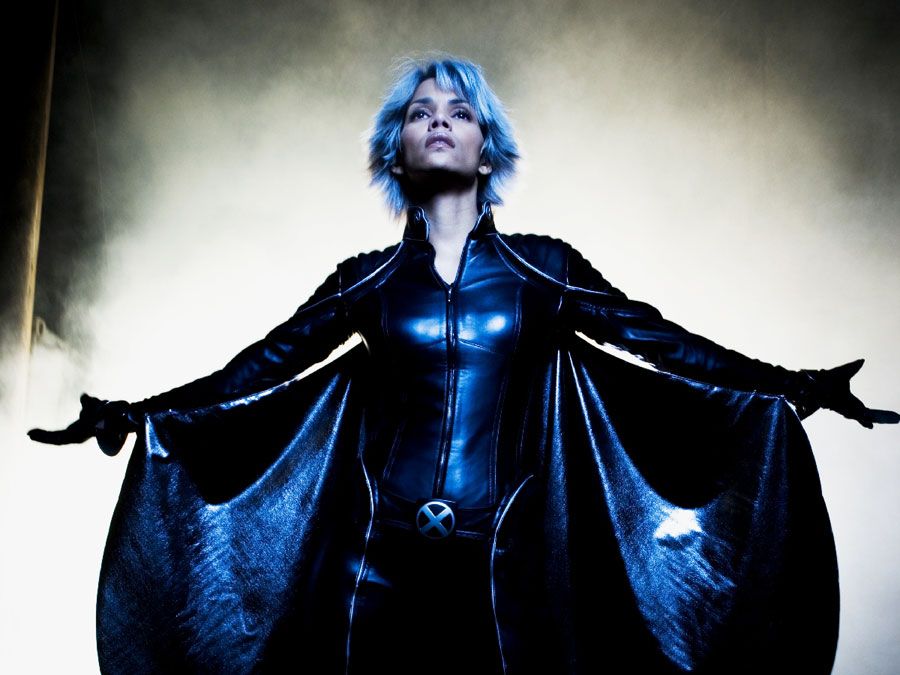 Which superhero did Renee Montoya become? Where does Ms. Marvel call home? Test your knowledge about the women of color in Marvel and DC comic books!

Society
Hezbollah
Browse All Quizzes
Your results
Question Question {{($index + 1)}}
Your Answer:
{{vm.state.responses[$index].isCorrect ? 'Your' : ''}} Correct Answer:
Are you a quizmaster?
Share Your Score:
Facebook Twitter
Compare your score
Max Score: {{vm.maxPoints}}
New Best Score!
{{vm.state.score|number:0}}
{{vm.communityAverage|number:0}}
Your Score
Community Average
High scores
Login or Join to track your quiz stats, save your best scores, and compete with the community!
Your preference has been recorded
Step back in time with Britannica's First Edition!