Question: There has never been a war fought between two democracies.
Answer: Warfare between democratic states is rare, but not unknown. Democratic city-states warred in ancient Greece, and both the United States and Britain had elected governments at the time of the War of 1812.

Question: Japan has never been invaded.
Answer: Allied forces invaded Japan at the end of World War II. Before that, however, efforts to invade the archipelago were unsuccessful.

Question: Modern armored tanks were first used in the Cold War.
Answer: Designs very similar to that of the modern tank were patented as early as 1855, but armored fighting vehicles were not used or commercially produced until World War I. 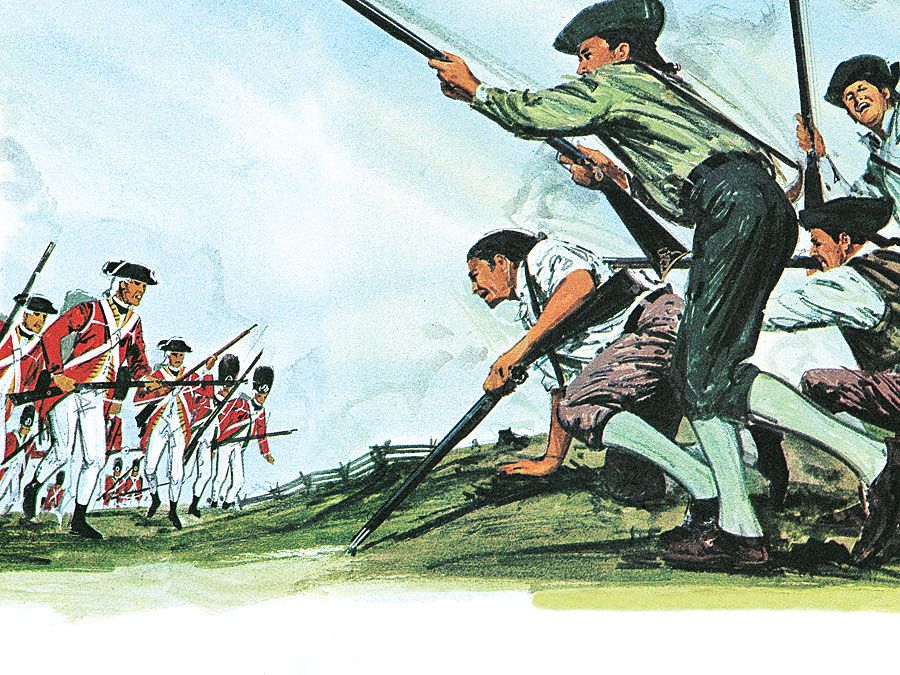 One may describe a feeling of sadness as being "blue" and cowardice as being "yellow," but did American revolutionaries refer to British soldiers as "redcoats?" Test how "green" your knowledge of warfare is in this quiz.

Society
Economics News
Browse All Quizzes
Your results
Question Question {{($index + 1)}}
Your Answer:
{{vm.state.responses[$index].isCorrect ? 'Your' : ''}} Correct Answer:
Are you a quizmaster?
Share Your Score:
Facebook Twitter
Compare your score
Max Score: {{vm.maxPoints}}
New Best Score!
{{vm.state.score|number:0}}
{{vm.communityAverage|number:0}}
Your Score
Community Average
High scores
Login or Join to track your quiz stats, save your best scores, and compete with the community!
Your preference has been recorded
Check out Britannica's new site for parents!