Question: How long did it take to build the Titanic?
Answer: The Belfast shipbuilding firm Harland and Wolff began work in March 1909, and the Titanic passed its sea trials several weeks before setting sail on its maiden voyage on April 10, 1912.

Question: Which of the following was not on the ship?
Answer: The Titanic earned the nicknames “Millionaire’s Special” and “Last Word in Luxury” for its extravagant features. However, although first-class passengers could swim, play squash, and have their appendices removed, they couldn’t play basketball.

Question: How many bathtubs were available for third-class passengers?
Answer: Titanic’s third-class accommodations featured only two bathtubs—one for men and one for women—which had to serve more than 700 passengers.

Question: How many lifeboats did the Titanic have?
Answer: Although the liner could have carried 48 lifeboats, it only had 20: 14 standard boats, 2 emergency cutters, and 4 collapsible life boats. However, that was still four more than required by the British Board of Trade.

Question: After the Titanic broke in two, how long did it take for the bow to reach the bottom of the Atlantic Ocean?
Answer: Researchers believe it took the Titanic’s bow, likely traveling at about 30 miles (48 km) per hour, some 6 minutes to hit the ocean floor.

Question: What was the first boat to reach the scene of the Titanic’s sinking?
Answer: After receiving the Titanic’s distress call at 12:20AM, the Carpathia immediately changed course to aid the stricken liner. Despite traveling at top speed, it arrived more than an hour after the Titanic sank.

Question: When was the wreck of the Titanic discovered?
Answer: Robert Ballard led the American-French expedition that finally located the wreckage, some 13 nautical miles from the position given in the distress signals. The first items found were the ship’s giant boilers.

Question: How many Academy Awards did the film Titanic (1997) win?
Answer: James Cameron’s epic account of the famed liner tied the record for most Oscar wins. It also made history by holding the all-time box-office gross record for more than a decade.

Question: In 2013 the violin belonging to the Titanic’s bandleader Wallace Hartley sold for how much at auction?
Answer: In an effort to calm passengers, the Titanic’s band played until shortly before the ship sank. Hartley died, and when his body was recovered, the violin case was reportedly strapped around him.

Question: As Titanic sank, which wealthy passenger changed into formal attire and reportedly said, “We’re dressed up in our best and are prepared to go down like gentlemen”?
Answer: The American businessman—who was traveling with his alleged mistress—and his valet changed into tuxedos as Titanic sank. Guggenheim’s body was never recovered. 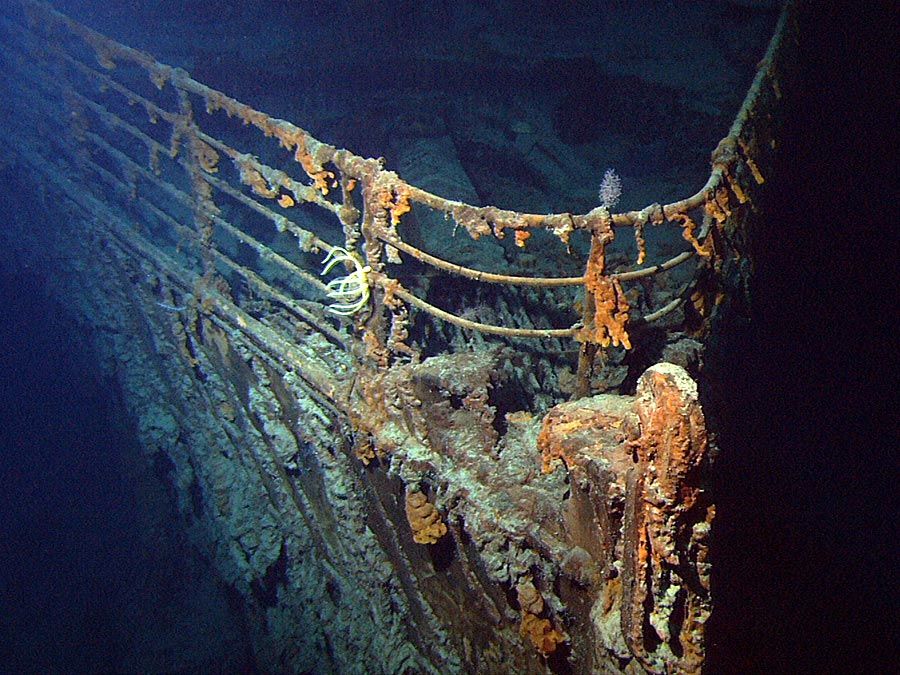 The Titanic was a marvel. How much do you know about this infamous ship? Test your knowledge with this quiz.

Technology
Computers and Technology
Browse All Quizzes
Your results
Question Question {{($index + 1)}}
Your Answer:
{{vm.state.responses[$index].isCorrect ? 'Your' : ''}} Correct Answer:
Are you a quizmaster?
Share Your Score:
Facebook Twitter
Compare your score
Max Score: {{vm.maxPoints}}
New Best Score!
{{vm.state.score|number:0}}
{{vm.communityAverage|number:0}}
Your Score
Community Average
High scores
Login or Join to track your quiz stats, save your best scores, and compete with the community!
Your preference has been recorded
Step back in time with Britannica's First Edition!