Question: What former slave spoke at the Seneca Falls Convention in July 1848 on behalf of women?
Answer: Following Douglass’s speech, many attendeees signed in support of the Declaration of Sentiments, a document demanding equal rights for women.

Question: Under whose presidency was the 19th amendment ratified?
Answer: Wilson neither opposed to nor was in favor of women’s suffrage until 1917, after he learned of the treatment of suffragists who had been arrested for protesting outside of the White House.

Question: In what year was a constitutional amendment that would give women the right to vote in all elections first presented to the U.S. Congress?
Answer: After its first introduction in 1878, it was presented to every Congress thereafter.

Question: This suffragist was imprisoned for infractions ranging from covering sidewalks in Washington, D.C., with chalked messages to organizing a demonstration against U.S. President Woodrow Wilson during World War I.
Answer: Burns is remembered for actions that forged the way to the ratification of the Nineteenth Amendment.

Question: Which suffragist spent 1848 petitioning for women’s right to vote and advocating for married women’s property rights in New York?
Answer: Stanton’s efforts on behalf of married women resulted in passage of a bill by the New York legislature in 1848. That same year she also participated in the Seneca Falls Convention.

Question: Which Southern state was the 36th state to ratify the Nineteenth Amendment, thus ensuring its adoption?
Answer: Despite opposition throughout the South, Tennessee, by one vote, ratified the amendment on August 18, 1920. Days later, the amendment was proclaimed part of the U.S. Constitution.

Question: Which U.S. political party led a campaign to oust the senators who had voted against the Nineteenth Amendment in 1918?
Answer: Formed in 1913 as the Congressional Union for Woman Suffrage, the NWP was headed by Alice Paul and Lucy Burns, and its actions played an important role in securing passage of the Nineteenth Amendment. 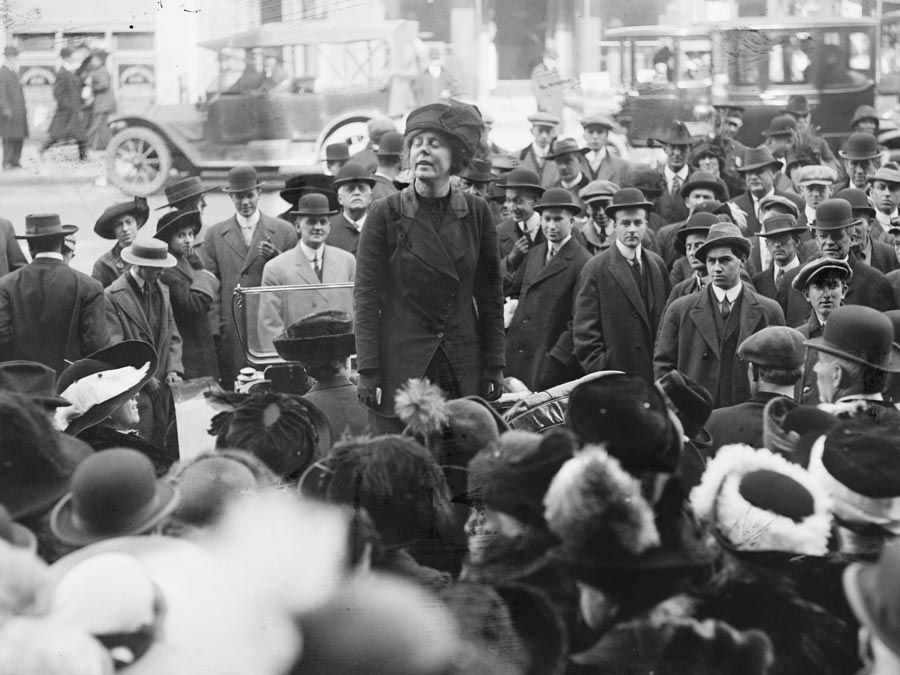 Women in the United States were finally granted the right to vote with the passage of the Nineteenth Amendment. How much do you know about this important event and the people involved? Test your knowledge with this quiz.

Music
Lifting the Curtain on Composers: Fact or Fiction?

Technology
Tech Companies
Browse All Quizzes
Your results
Question Question {{($index + 1)}}
Your Answer:
{{vm.state.responses[$index].isCorrect ? 'Your' : ''}} Correct Answer:
Are you a quizmaster?
Share Your Score:
Facebook Twitter
Compare your score
Max Score: {{vm.maxPoints}}
New Best Score!
{{vm.state.score|number:0}}
{{vm.communityAverage|number:0}}
Your Score
Community Average
High scores
Login or Join to track your quiz stats, save your best scores, and compete with the community!
Your preference has been recorded
Step back in time with Britannica's First Edition!