Question: One of the first types of newspapers produced was the ancient Roman Acta diurna, which translates, in English, to what?
Answer: The Acta diurna, or “Daily Acts,” of ancient Rome were daily-published notices by the government to keep the public informed of goings-on. These notices were not published on paper but were carved into rock, stone, and metal and placed in public spaces.

Question: The term market penetration in journalism refers to what?
Answer: Recording market penetration is a method of determining the success of a newspaper. By dividing the number of households that receive a copy of a newspaper by the number of total households in the area of the paper’s circulation, one can calculate the percentage of people who receive a newspaper and the average number of newspapers people receive. In the early 1900s these percentages were well over 100 percent in the United States. Since the late 1900s the percentage has dropped as low as, and lower than, 50 percent.

Question: The term op-ed is a shortened form of which phrase?
Answer: Though frequently mistaken for “opinion editorial,” op-ed is short for “opposite the editorial page.” The name is derived from the space where outsourced opinion pieces, rather than factual articles, are often placed in a newspaper. 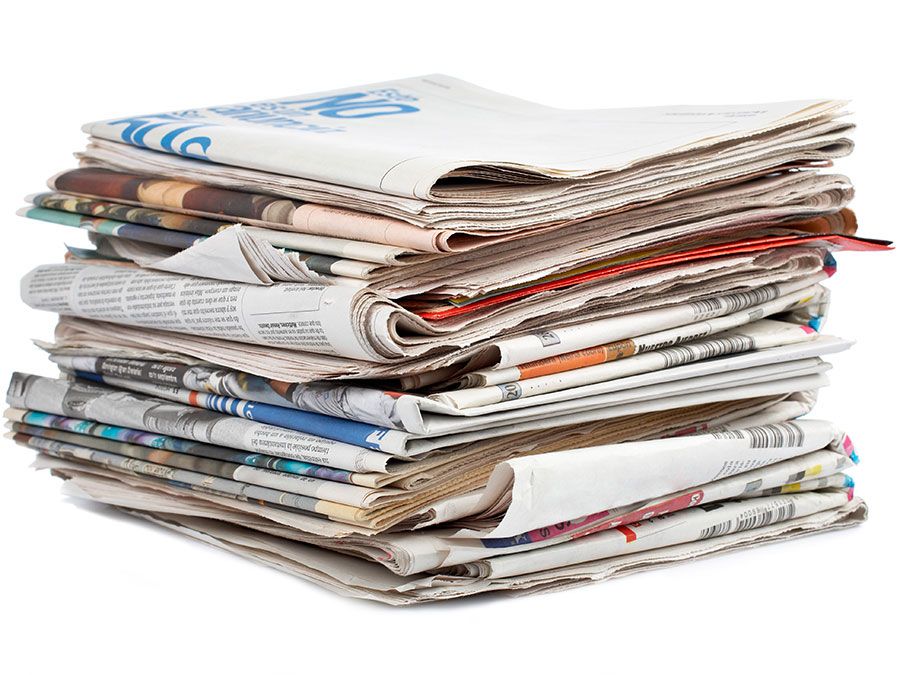 Newspapers: Read All About It!

Extra! Extra! Test your knowledge of newspapers and news history in this quiz.

Animals
This or That? Warm-blooded vs. Cold-blooded

Philosophy & Religion
Plants with Religious Meaning
Browse All Quizzes
Your results
Question Question {{($index + 1)}}
Your Answer:
{{vm.state.responses[$index].isCorrect ? 'Your' : ''}} Correct Answer:
Are you a quizmaster?
Share Your Score:
Facebook Twitter
Compare your score
Max Score: {{vm.maxPoints}}
New Best Score!
{{vm.state.score|number:0}}
{{vm.communityAverage|number:0}}
Your Score
Community Average
High scores
Login or Join to track your quiz stats, save your best scores, and compete with the community!
Your preference has been recorded
Check out Britannica's new site for parents!