Question: In the Charles Dickens book A Christmas Carol, Ebenezer Scrooge is visited by four ghosts.
Answer: Ebenezer Scrooge, a cold-hearted miser who cares for no one, is visited on Christmas Eve by the ghost of his former partner, Jacob Marley, and later the ghosts of Christmas Past, Present, and Yet to Come, who show him the value of kindness and generosity.

Question: Robinson Crusoe was shipwrecked for 22 years.
Answer: In Daniel Defoe’s novel Robinson Crusoe, the hero was marooned on a desert isle for 28 years.

Question: Tarzan had a pet gorilla.
Answer: In Edgar Rice Burroughs’s Tarzan novels, the hero, Tarzan, had a pet chimpanzee. Its name was Nkima.

Question: Jane Eyre is a fictional explorer and adventuress.
Answer: Charlotte Bront?’s character Jane Eyre may be adventurous in many respects, but on the surface she is merely a penniless governess. 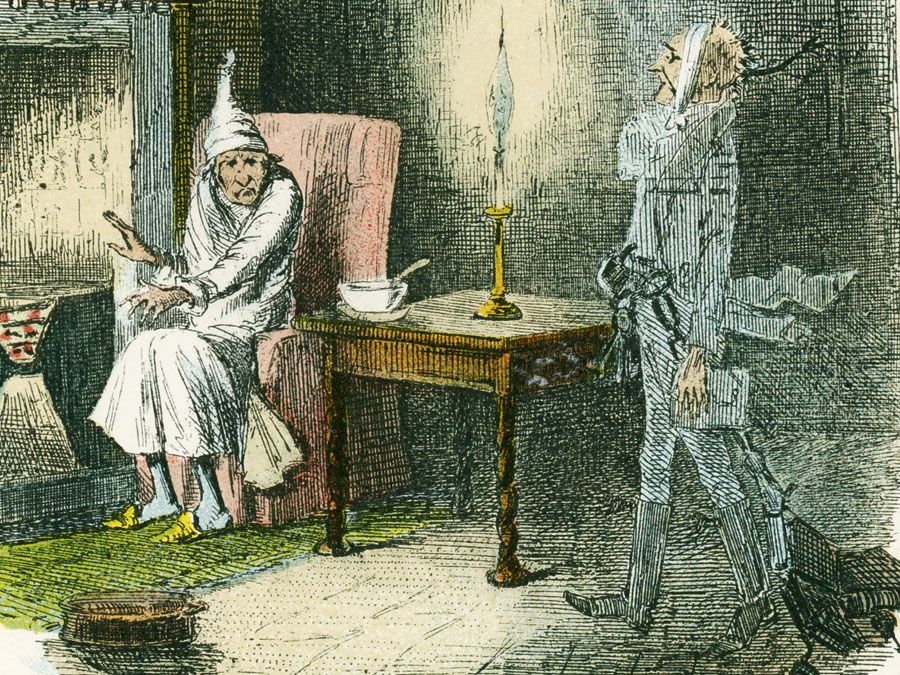 Is Jane Eyre a fictional explorer and adventuress? Was Sherlock Holmes a real detective? Sort fact from talking pigs, Christmas ghosts, and all things fictional in this literary character study.

Technology
Acoustics and Radio Technology: Fact or Fiction?
Browse All Quizzes
Your results
Question Question {{($index + 1)}}
Your Answer:
{{vm.state.responses[$index].isCorrect ? 'Your' : ''}} Correct Answer:
Are you a quizmaster?
Share Your Score:
Facebook Twitter
Compare your score
Max Score: {{vm.maxPoints}}
New Best Score!
{{vm.state.score|number:0}}
{{vm.communityAverage|number:0}}
Your Score
Community Average
High scores
Login or Join to track your quiz stats, save your best scores, and compete with the community!
Your preference has been recorded
Step back in time with Britannica's First Edition!