Question: For how many days is a Test match scheduled?
Answer: Considered by many to be the highest level of cricket competition, Test matches are played between the 10 official Test nations. A Test match is scheduled for five days, with three sessions of two hours interspersed with a 40-minute break for lunch and 20-minute break for afternoon tea per day.

Question: What is the name given to the biennial international Test cricket series played between England and Australia?
Answer: The Ashes series gets its name from an epitaph that was published in 1882 announcing the death of English cricket after the team’s first defeat by Australia in England.

Question: In which year were the first laws of cricket believed to have been written?
Answer: It is generally believed that in February 1774 the very first official laws of cricket were drawn up and adopted throughout England.

Question: What is the slang term given to a ball that is bowled so well that it is considered unplayable by the batsman?
Answer: The term is thought to originate from the candy of the same name, which is a small orange-colored chocolate-filled ball.

Question: True or False?: Lord’s, the most famous of all English cricket grounds, got its name because of the popularity of the game with the English aristocracy.
Answer: Lord’s Cricket Ground was named after its founder, Thomas Lord.

Question: True or False?: A score of 111 by a batsman or a team is known by many as a “Nelson.”
Answer: Although the reason for this superstition is not categorically known, it is thought to have something to do with 111 resembling the three stumps that are at each end of the pitch. It is thought by the superstitious that bad things happen on this or multiples of this score (222 = a double Nelson, 333 = a triple Nelson, and so on). 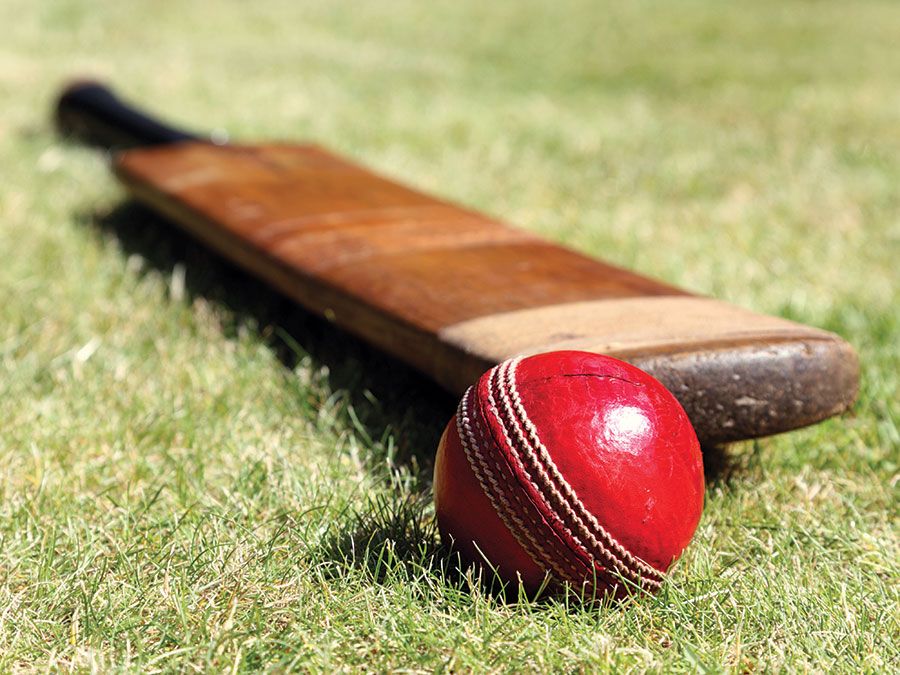 Immensely popular in England, Australia, India, and many other British Commonwealth countries, the sport of cricket is a way of life for many people. Thought to have originated as far back as the 13th century, cricket has a long history and a literacy all its own. This quiz highlights some of the more obscure and humorous aspects of a game that is notoriously difficult to explain to the uninitiated. Test your knowledge and see how much you know about this historic sport.

Health & Medicine
Human Bones Quiz
Browse All Quizzes
Your results
Question Question {{($index + 1)}}
Your Answer:
{{vm.state.responses[$index].isCorrect ? 'Your' : ''}} Correct Answer:
Are you a quizmaster?
Share Your Score:
Facebook Twitter
Compare your score
Max Score: {{vm.maxPoints}}
New Best Score!
{{vm.state.score|number:0}}
{{vm.communityAverage|number:0}}
Your Score
Community Average
High scores
Login or Join to track your quiz stats, save your best scores, and compete with the community!
Your preference has been recorded
Check out Britannica's new site for parents!