Question: Which of these is not a computer operating system?
Answer: Photoshop is a program used to manipulate digital images. The other programs operate whole computers.

Question: In what form does the Internet move information between users’ computers?
Answer: Data is broken into small groups called packets that contain the recipient’s address so that they can travel over available lines and be reassembled in order on arrival.

Question: What was the Universal Automatic Computer nicknamed?
Answer: The Univac computer was built in the 1950s. It was one of the most powerful computers of its time, though it seems very primitive by today’s standards.

Question: Which of the following is a computer operating system?
Answer: Invented in the early 1990s, Linux is a variant of the UNIX operating system, which has been in use since the 1960s.

Question: Which of these is not a computer font?
Answer: Helvetica, Times, and Garamond are popular typographic fonts, widely distributed in computer systems such as Windows.

Question: Which of these relates to a computer?
Answer: A megabyte is a unit of computer memory. It is made up of 1024 kilobytes.

Question: What is a word relating to transferring electronic data?
Answer: To download something means to move data from one location to another. Usually a download involves copying data from the Internet.

Question: Which of these is not a well-known computer manufacturer?
Answer: Mercedes-Benz is a famed German automaker. 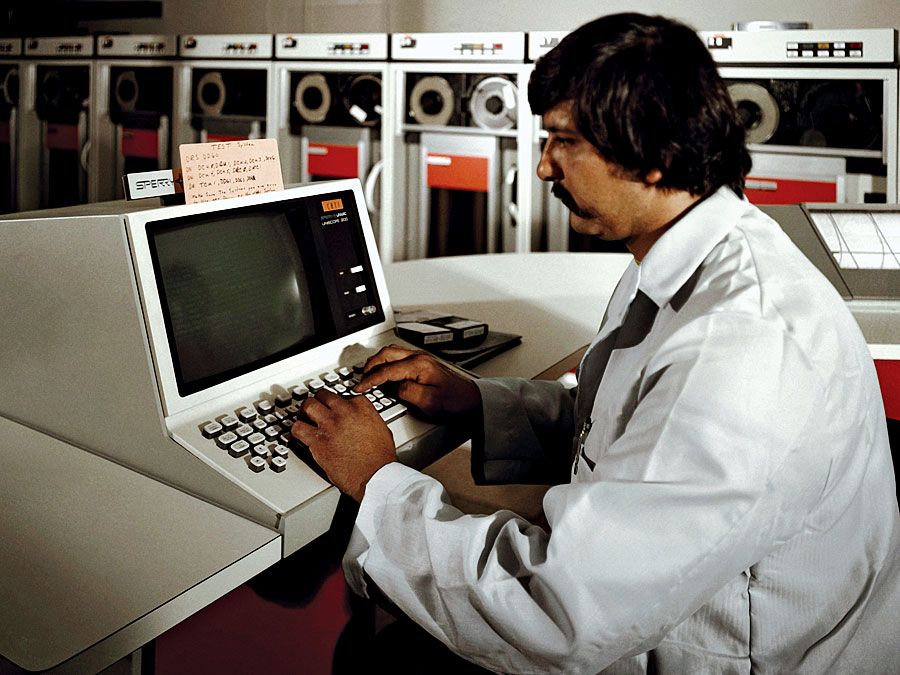 Health & Medicine
Human Bones: Fact or Fiction?
Browse All Quizzes
Your results
Question Question {{($index + 1)}}
Your Answer:
{{vm.state.responses[$index].isCorrect ? 'Your' : ''}} Correct Answer:
Are you a quizmaster?
Share Your Score:
Facebook Twitter
Compare your score
Max Score: {{vm.maxPoints}}
New Best Score!
{{vm.state.score|number:0}}
{{vm.communityAverage|number:0}}
Your Score
Community Average
High scores
Login or Join to track your quiz stats, save your best scores, and compete with the community!
Your preference has been recorded
Check out Britannica's new site for parents!