Question: Name the Aussie guitarist famous for wearing a schoolboy outfit onstage.
Answer: Lead guitarist for AC/DC, Angus Young dressed in a variety of costumes before settling on his signature schoolboy look.

Question: What is the stage name of the Aussie country legend who was born David Gordon Kirkpatrick?
Answer: With a career spanning nearly seven decades, Slim Dusty was an icon of Australian country music.

Question: Which Aussie band shares its name with a swimming stroke?
Answer: Melbourne band Australian Crawl had a series of hits from 1978 to 1986.

Question: Frogstomp was the first album by which Aussie band?
Answer: Formed in Newcastle as the Innocent Criminals, Silverchair released Frogstomp as their debut album.

Question: What is the subject of Cold Chisel’s Aussie rock classic “Khe Sanh”?
Answer: Fronted by Jimmy Barnes, Cold Chisel became one of Australia’s most successful and most loved rock bands.

Question: Which Aussie band holds the record for playing to the largest crowd ever at a concert in Australia?
Answer: An estimated crowd of more than 200,000 attended the Seekers’ 1967 homecoming at the Sidney Myer Music Bowl in Melbourne in 1967.

Question: Name the Aussie band that sang about “traveling in a fried-out Kombi.”
Answer: The line comes from the band’s huge international hit “Down Under.”

Question: Which singer, now a member of the Australian Music Hall of Fame, was unkindly nicknamed the “Singing Budgie” early in her career?
Answer: After first achieving fame for her role in the soap opera Neighbours, Kylie Minogue maintained a career as a pop diva since the late 1980s.

Question: Name the multitalented Aussie who fronted bands such as the Birthday Party, the Bad Seeds, and the Boys Next Door.
Answer: Born in Wangaratta in 1957, Nick Cave went on to have a long and successful career as a singer, songwriter, and actor.

Question: Which hugely successful Aussie band received a Grammy for lifetime achievement in 2015?
Answer: While often only remembered for their disco hits, the Aussie-British band the Bee Gees were one of the biggest recording acts of all time.

Question: The title of Sherbet’s 1976 hit “Howzat” comes from which of these sports?
Answer: In cricket, a member of the fielding side will appeal to the umpire by saying “How was that?” (pronounced “Howzat”) if they believe a batsman should be dismissed. 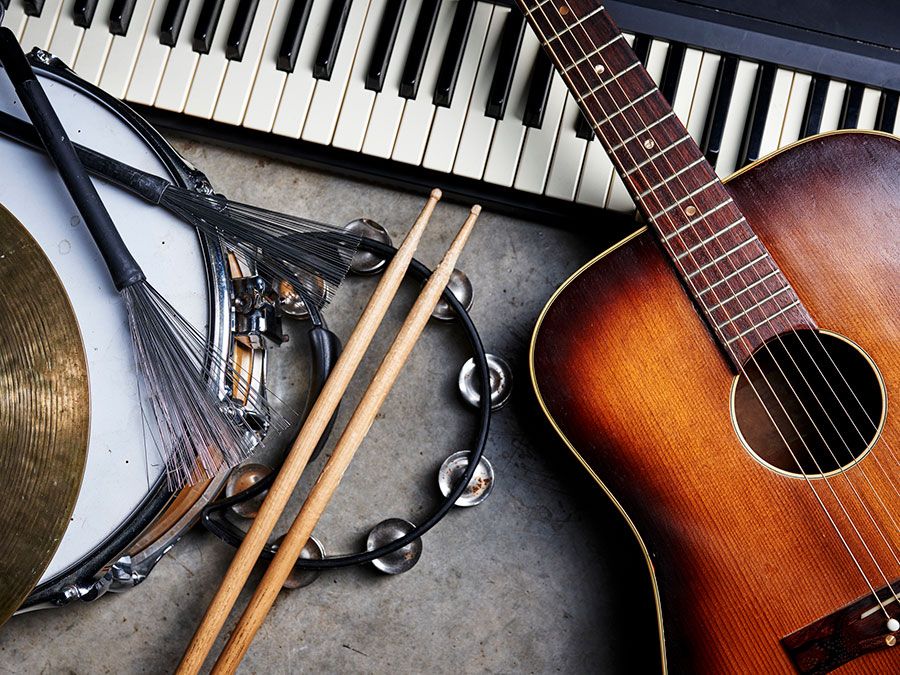 Australia has produced a wide range of popular, country, and rock music over the years, and Australian groups and solo artists have achieved critical and commercial success both at home and overseas. How much do you know about these musical acts?

Health & Medicine
Human Organs: Fact or Fiction?
Browse All Quizzes
Your results
Question Question {{($index + 1)}}
Your Answer:
{{vm.state.responses[$index].isCorrect ? 'Your' : ''}} Correct Answer:
Are you a quizmaster?
Share Your Score:
Facebook Twitter
Compare your score
Max Score: {{vm.maxPoints}}
New Best Score!
{{vm.state.score|number:0}}
{{vm.communityAverage|number:0}}
Your Score
Community Average
High scores
Login or Join to track your quiz stats, save your best scores, and compete with the community!
Your preference has been recorded
Step back in time with Britannica's First Edition!