Question: What is the old city usually built around North African citadels called?
Answer: The old city is called the casbah, from the Arabic qa?ba, as The Clash and Pépé le Moko knew.

Question: What is the name of the tower associated with mosques?
Answer: The tower that is an integral part of mosque architecture is called a minaret.

Question: Who designed the Hagia Sophia?
Answer: The cathedral was built at Constantinople (now Istanbul, Turkey) in the 6th century CE (532–537) under the direction of the Byzantine emperor Justinian I.

Question: Whose Turning Torso (1999–2005), a unique apartment tower in Malm?, Sweden, is based on a twisting spinal column?
Answer: Turning Torso is the work of Santiago Calatrava, noted for his interest in the zoomorphic (animal form).

Question: What prolific female architect merged Modernism and populism in works she built largely in Brazil?
Answer: The multitalented Italian-born Lina Bo Bardi was an architect among many other things. She made Brazil her home for several years.

Question: Who was an up-and-coming Mexican architect in the early 21st century?
Answer: Tatiana Bilbao, whose family has roots in Spain, is a rising architectural star in Mexico. 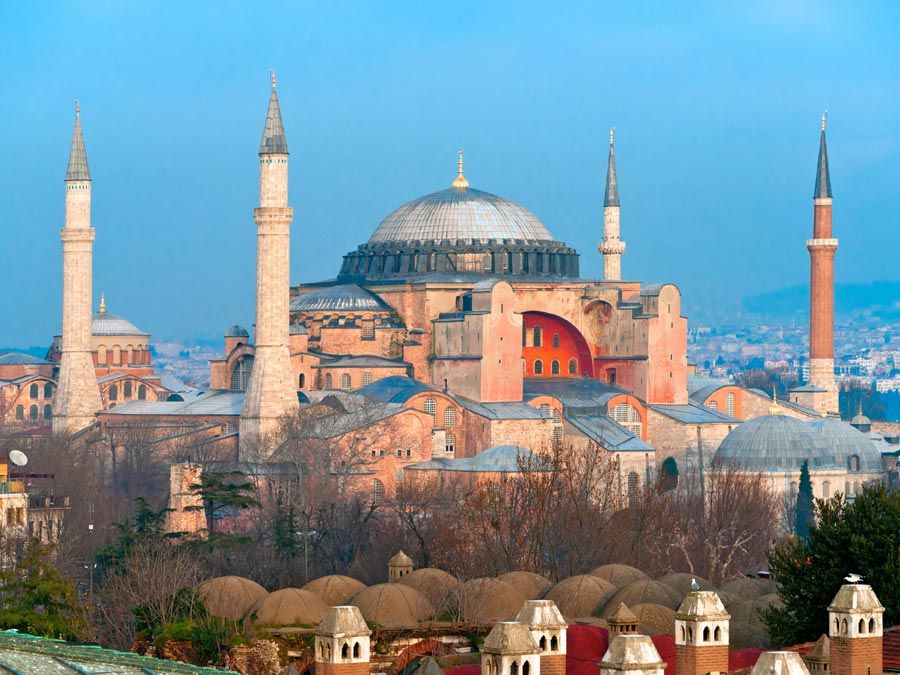 What is the name of the tower associated with mosques? Who buillt Hearst Castle? Test your knowledge of architecture and architects with this quiz.

Music
An Evening at the Opera

Sports & Recreation
T20 Cricket Quiz
Browse All Quizzes
Your results
Question Question {{($index + 1)}}
Your Answer:
{{vm.state.responses[$index].isCorrect ? 'Your' : ''}} Correct Answer:
Are you a quizmaster?
Share Your Score:
Facebook Twitter
Compare your score
Max Score: {{vm.maxPoints}}
New Best Score!
{{vm.state.score|number:0}}
{{vm.communityAverage|number:0}}
Your Score
Community Average
High scores
Login or Join to track your quiz stats, save your best scores, and compete with the community!
Your preference has been recorded
Check out Britannica's new site for parents!