Question: What is the nickname of Zimbabwe’s national men’s cricket team?
Answer: Chevron comes from the V-shaped pattern that is visible on the Great Zimbabwe National Monument.

Question: What is the nickname given to a score of zero by a batsman?
Answer: The term duck is believed to have come from the resemblance between the numeral zero and a duck’s egg.

Question: True or False?: Australian Sir Donald Bradman finished his career with a batting average of 99.94 runs in international matches.
Answer: Sir Donald, who retired from international cricket in 1949, set records as a batsman and captain that are second to none in the cricketing world.

Question: Queensland’s premier cricket ground is affectionately known as:
Answer: The Gabba is named after the suburb of Woolloongabba, in which it is located.

Question: True or False?: Three of the West Indies’ most legendary cricketers are nicknamed Big Bird, the Super Cat, and Whispering Death.
Answer: At a height of 2.03 meters (6 ft 8 in), Joel Garner (Big Bird) was a notoriously difficult bowler to play. Captain from 1974 to 1984, Clive Lloyd (the Super Cat) is the West Indies’ most successful captain. Michael Holding (Whispering Death) regularly bowled at more than 150 km/hr (93 mph).

Question: True or False?: A cricket Test match can end in a draw even if one team has scored a greater number of runs than the other.
Answer: To win a Test match, the side bowling last must get all of the other team’s batsmen out. Otherwise, the match will be drawn, regardless of the scores, because the batting side's innings is not complete.

Question: There are 10 ways in which a batsman can be given out in a cricket match. Which of these is not one of those ways?
Answer: There is no law in cricket that disallows hitting the ball with the back of the bat.

Question: Which of the following is a type of shot that may be played by a batsman?
Answer: A reverse sweep is an unusual shot in which the batsman tries to hit the ball behind himself, often changing the position of his hands on the bat.

Question: Which country has a fanatical supporters group that is known as the “Barmy Army”?
Answer: The Barmy Army is a semiorganized group of English cricket fans that arranges touring parties for some of its members to follow the English cricket team on overseas tours. The name is also applied to followers of the team who join in with match-day activities in the crowd but do not necessarily travel as part of an organized tour. 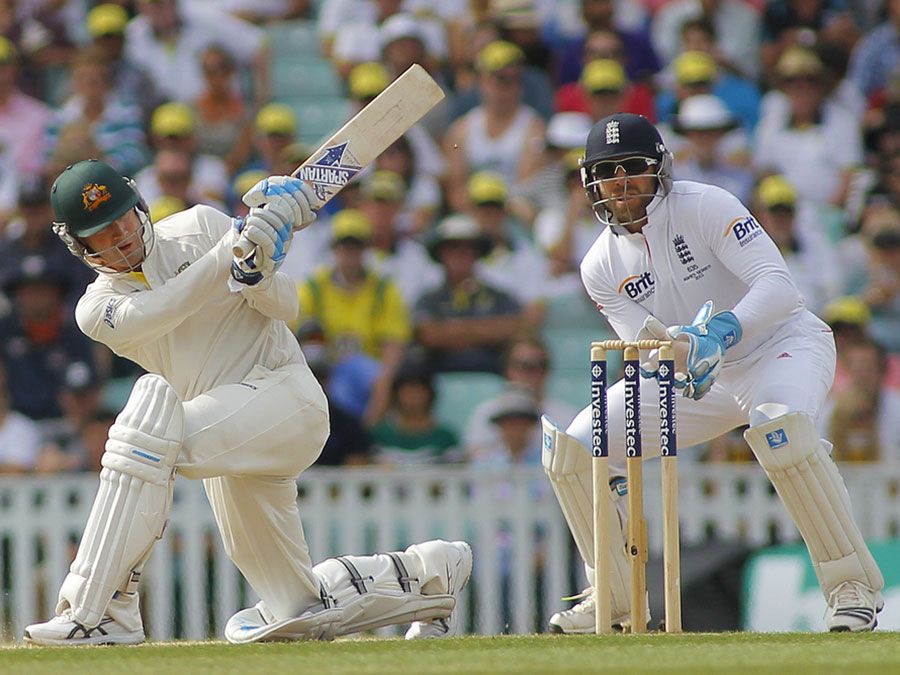 Think you know all there is to know about cricket? Test your knowledge and see how much you know about this historic sport.

Technology
Electronics & Gadgets Quiz
Browse All Quizzes
Your results
Question Question {{($index + 1)}}
Your Answer:
{{vm.state.responses[$index].isCorrect ? 'Your' : ''}} Correct Answer:
Are you a quizmaster?
Share Your Score:
Facebook Twitter
Compare your score
Max Score: {{vm.maxPoints}}
New Best Score!
{{vm.state.score|number:0}}
{{vm.communityAverage|number:0}}
Your Score
Community Average
High scores
Login or Join to track your quiz stats, save your best scores, and compete with the community!
Your preference has been recorded
Check out Britannica's new site for parents!